A Pack In the Concrete Jungle Crafts Cub Scouts

Diwali also known the “festival of lights”, is an ancient Hindu festival celebrated in autumn every year. The festival spiritually signifies the victory of light over darkness, knowledge over ignorance, good over evil, and hope over despair.
Source: Wikipedia

Sounds perfect for Cub Scouts learning about the world!

To start off the night, each Six had a challenge to sort out what 4 different words in common.

Answers ranged from mathematical, to code cracking to “42”. Now, I didn’t expect the Cubs to be able to figure out it was India till a few keywords were said together. Once we were halfway through, Red Fang immediately knew it was India after “Rupee”. We quickly discussed why each word was related to India. I’ve included how in italicized beside each word. After opening, each six was told to share what they had for words in their six:

We quickly broke into a game, Statue, while we set-up for the craft.

Tonight, the Cubs got to paint their own Diwali lamp, traditionally called Divas. 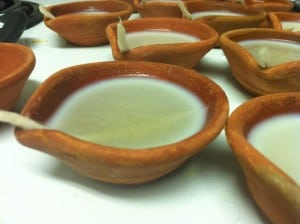 To prep the diva lamps you’ll need the following:

Not sure where to get materials? For the Diva and wicks, look in any east Indian store. They are pretty inexpensive for what they are. Another alternative if you don’t have the resource is to have the Cubs make a salt dough base* and have it dry one meeting and then paint it the next with a tea-light candle in it.

*I’ve never tried this method – but have read extensively on it. In theory it works.

To start, oil your diva so that the lard doesn’t get absorbed into the clay. Pour 1 tbs of oil into a bowl and place your wicks into the the oil to start to absorb the oil so they don’t burn quickly. Set aside while you warm up a pot to melt down your lard. Start with small bits and add to it as the lard turns into a liquid.

Want more information and options to make a the candles? Take a look at how to make Tallow Emergency Candles. Another method is available on Instructables: Make Candles at Home without Wax from Common Household Materials – Easy, Quick, Minimalist

Carefully lay a wick into the diva and add the lard in. Take your time and clean up any spills quickly (it’s greasy and gross otherwise). The lard will climb up the wicks a little, but that’s okay! We want that. 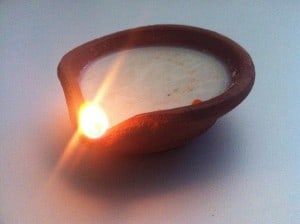 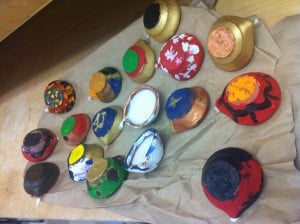 Once the Cubs finished up their diva, we broke into another game, Kokku Para Para to burn off some energy before we tasted some Indian sweets to finish up the night. Watching the Cub’s faces experience a new flavour was priceless. Keep the pieces small so that if the Cubs don’t like them, it’s not very wasteful. Don’t take offense, a lot of Cubs will have never tried anything with these textures and will find it strange. A few sweets we tried are: 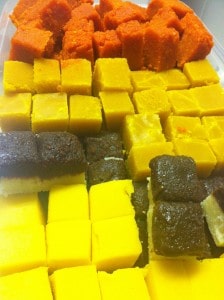 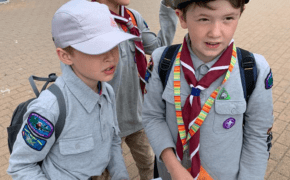 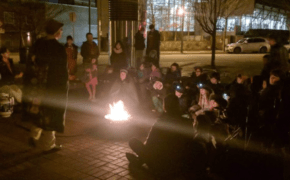